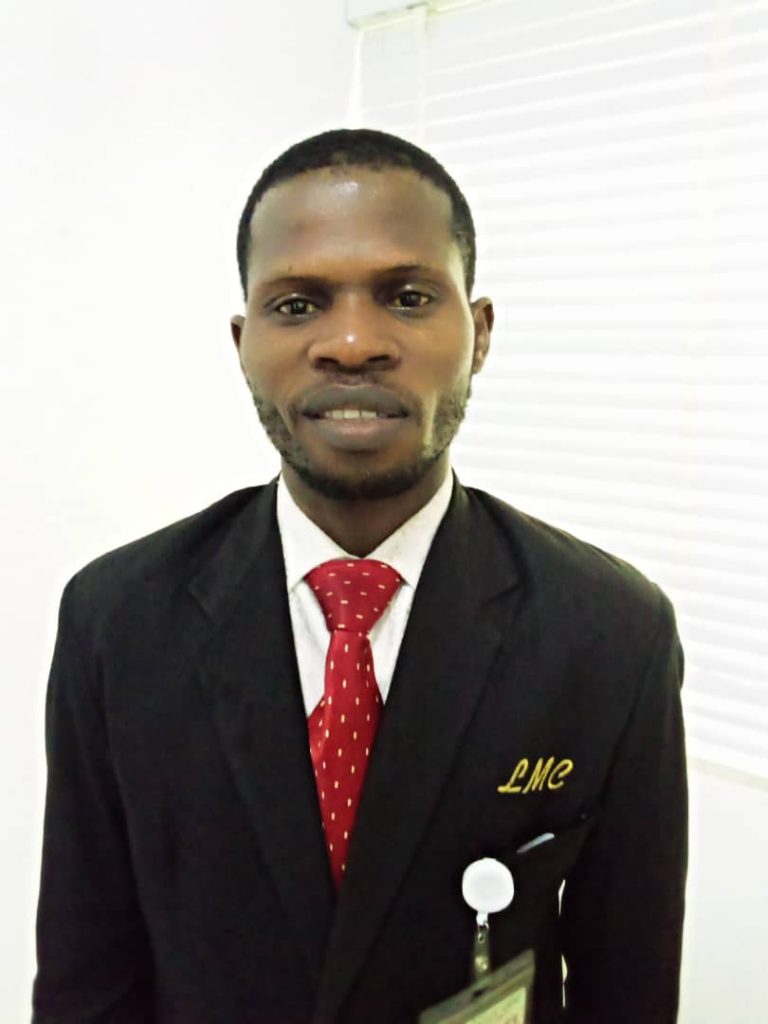 He was posted to Plateau State for National Youth Service Corps (NYSC) in 2006-2007.

He joined Longing Medical Centre on 9th September 2012 initially as a Client Service Officer 2012 – 2016 and later as human resources officer 2016 till date.

He currently combines the responsibility of Human resources with that of HMO Management, in which he has vast experience.

He is a humane and compassionate personally who however ensures that rules and regulations are followed by all concerned, thus ensuring discipline and efficiency in the organization.